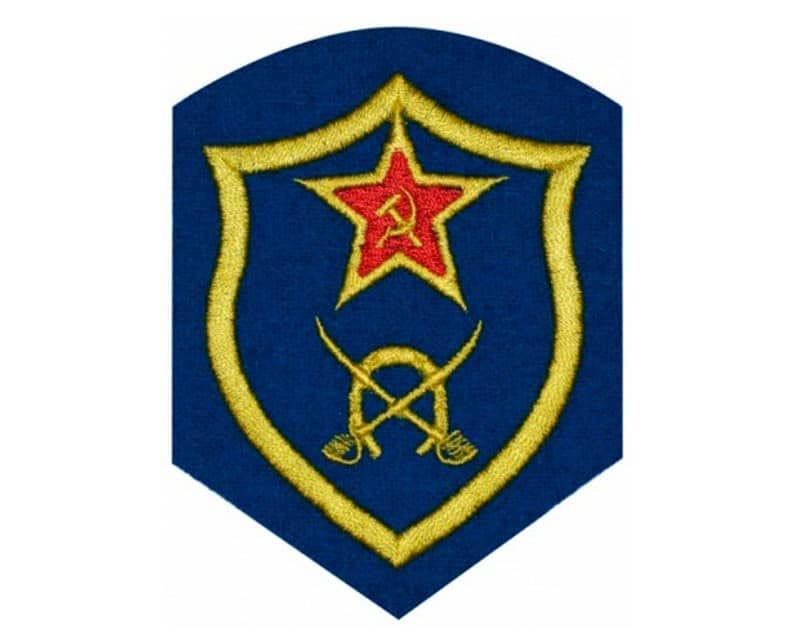 The cavalry corps (Russian: кавалерийский корпус) of the Workers and Peasant Red Army was a type of military formation that existed from the early days of the Russian Civil War. Until 1947 all cavalry corps was disbanded. New, great quality Cavalry troops patch! Perfect Soviet Iron-on patch for jackets, vests, hats, totes, bags, costumes, or any other apparel types of occasions.